The upcoming 2022 Rivian R1T is in the works. The 2021 model didn’t happen as many reports predicted. However, this model is official and Rivian will most likely deliver its pickup truck before Tesla Cybertruck. Rivian introduced itself with the R1T electric pickup truck, R1S SUV, and the Amazon electric delivery van.

The R1T model is very promising, it is based on the concept and it will deliver astonishing performances. The race is hot as the GMC plans to release its Hummer EV. On top of that, the Ford F-150 EV is also coming to the markets. No one knows when the sales of the R1T pickup will start. However, we know basically everything about this impressive model, so check it out.

The forthcoming 2022 Rivian R1T will arrive with superb performances. That includes an impressive driving range, a lot of power, and much more. For a start, Rivian offers three different battery packs. The best-possible variant will use a 180 kWh unit that generates 750 horsepower and 830 lb-ft of torque. This electric pickup truck will provide around 400 miles of driving range on a single charge. On top of that, the R1T model can tow up to 11,000 pounds.

The base version comes with a smaller 105 kWh battery that covers 230 miles. The mid-range model uses a 135-kWh variant and it will deliver 300 miles of range. Rivian says the R1T truck will accelerate from 0 to 60 mph in only three seconds. With such amazing specs, Rivian R1T will surely become one of the most impressive all-electric models we’ve seen so far.

What About Exterior and Interior?

The 2022 Rivian R1T has been spied finally. Moreover, Rivian released a new video of its pickup truck. This is nothing strange, as we already know how the new model will look like. On top of that, the prototype has been spied without camouflage. First impressions are very positive as R1T definitely looks better than the odd-looking Tesla Cybertruck. It is an instant win for Rivian over Tesla in terms of design.

Still, the truck looks somewhat futuristic and sporty. Larger wheels are a nice addition, along with that unique light system. The cabin is very comfortable and modern. Interior is one category that could slightly depart from the concept. We don’t have so many cabin details at the moment. Surely, some features from the concept won’t be in the offer.

Tesla Cybertruck is the biggest rival of the 2022 Rivian R1T. As we said, the R1T pickup truck will offer a better design. Moreover, if Rivian delivers promised performance figures, the R1T model will be one step ahead. However, Cybertruck starts at $40,000. When Elon Musk revealed the price of Tesla’s first truck, everyone was shocked.

The price is affordable, of course, if you can look past its strange appearance. The R1T truck will cost around $65,000. We didn’t have an opportunity to see to competitors with such a huge gap in terms of cost. Rivian will release its brand-new model by the end of the year. 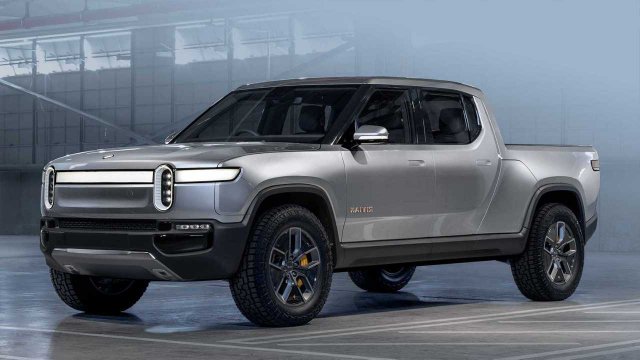 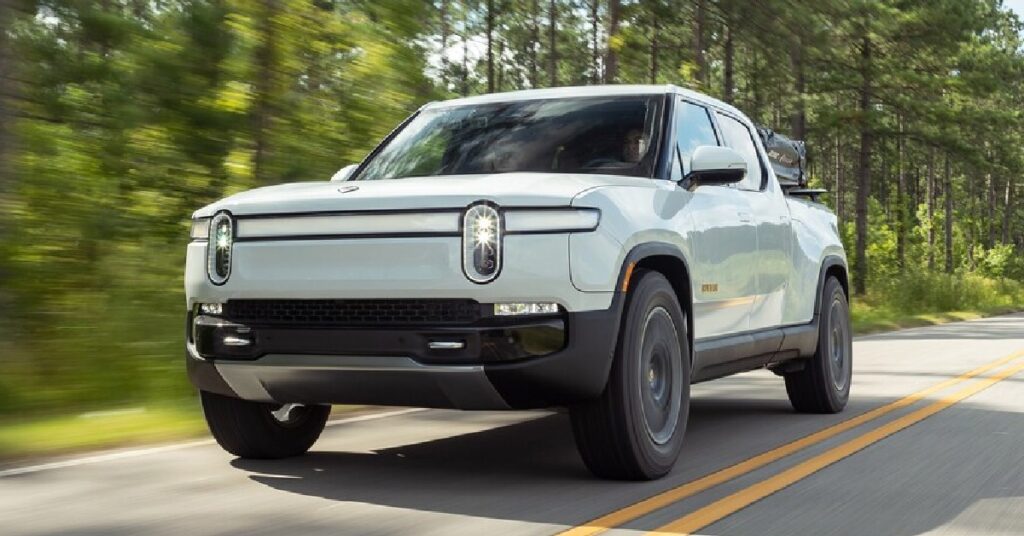